The race for governor is too close to call.

Gov. Phil Murphy and former Assemblyman Jack Ciattarelli were locked in a tight race Thursday night, and it’s unclear whether late-reported votes in Democratic counties like Passaic, Somerset, and Mercer will be enough to hand the incumbent a win.

Less than one point separated Murphy and Ciattarelli with roughly 75% of Election Day vote totals reported.

The Republican’s reported lead cast a pall on the governor’s election party in Asbury Park, where attendees began to filter out as the Republican edged ahead. Murphy addressed the crowd at about 12:30 a.m.

“We’re all sorry tonight did not get to be the celebration we all wanted it to be but … when every vote is counted, we hope to have a celebration,” Murphy said. “We’re going to wait for every vote to be counted and that’s how democracy works.” 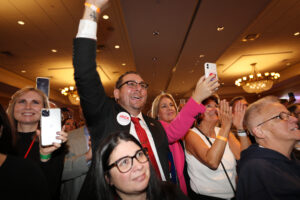 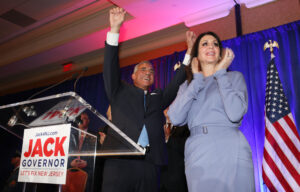 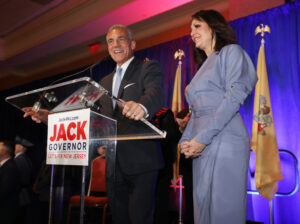 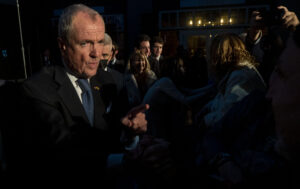 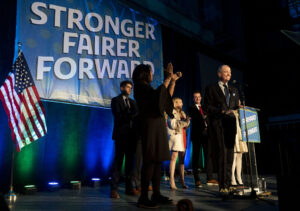 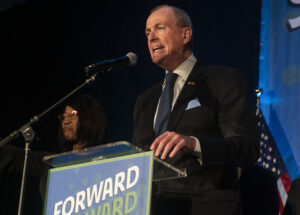 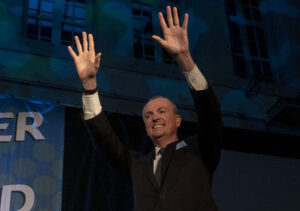 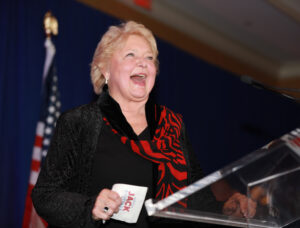 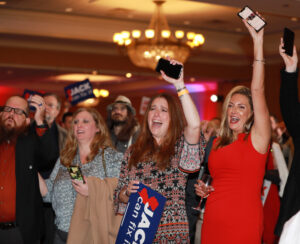 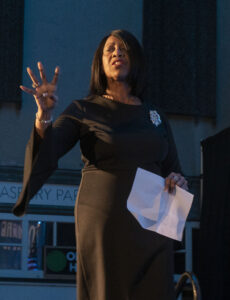 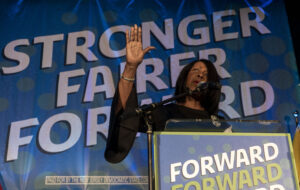 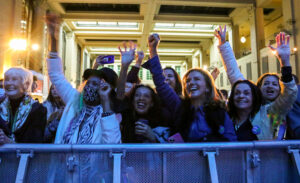 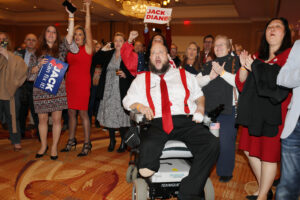 The mood was jubilant at the Marriott in Bridgewater, where Ciattarelli’s supporters gathered.

Around 12:30 a.m., he came out with running mate Diane Allen and his wife, Melinda Castro, to thank supporters and send them home, saying: “We’re winning! We’re winning! … I wish I could go out there and give every one of you a hug and a kiss.”

He said he and his team would watch the vote tabulation closely to make sure “every vote is counted.”

“I love this state. And I realize it’s broken. You know it’s broken. I’m convinced that together we can fix this state,” Ciattarelli said. “Here’s what we’re going to do, sometime real soon, when we can declare unequivocally a victory, we will begin to fix the state of New Jersey and make this state someplace where everyone feels confident they can live, work, retire, start a business, raise a family.”

While Murphy retains a path to victory, his performance will inevitably fall short of public polling that said his margin of victory would range between the high single digits and low teens.

Ciattarelli’s better-than-forecasted performance appears to be driven by voter enthusiasm in staunchly Republican counties and suburban counties that broke for Democrats during Donald Trump’s term as president.

Before Murphy spoke in Asbury Park, Lt. Gov. Sheila Oliver urged the thinning crowd of supporters to remain steadfast. Late-reported votes from Democratic counties would bring her and her running mate over the top, she said.

There are likely thousands more votes remaining in blue counties, but Murphy’s leads in such places are thinner than they were in his race against former Lt. Gov. Kim Guadagno four years ago.