Newly elected Assemblywoman Sadaf Jaffer gives her daughter a hug after being sworn in during the Assembly’s Jan. 11, 2022 reorganization meeting at the War Memorial in Trenton (Amanda Brown for New Jersey Monitor)

A new class of legislators took their seats Tuesday, thinning Democratic margins to their smallest in more than a decade and giving the state its first new Senate president in 12 years.

Members in the upper chamber elected Senate President Nicholas Scutari (D-Union) as the state’s second most powerful elected official in a voice vote over a challenge from Sen. Nia Gill (D-Essex).

“Thank you so much for this honor of a lifetime,” Scutari said. “I am truly humbled that a poor kid from Linden could grow up and be the president of the New Jersey Senate.”

The Linden resident and Union County Democratic chairman replaces Steve Sweeney, a Gloucester County Democrat who lost re-election in a widely unwatched race against Sen. Ed Durr (R-Gloucester), who was among the new members cutting Democrats’ majority in the upper chamber to 23-17.

Gill, who telegraphed her long-shot bid for the Senate presidency more than a month in advance, railed against a political system she said had centralized power in too few individuals.

“We have seen the deliberative nature of this body replaced with a closed system of power concentrated in the select hands of the few,” Gill said. “This has determined who in our state is serviced by the legislation that we pass and who is overlooked.” 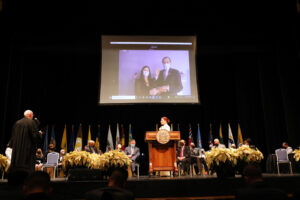 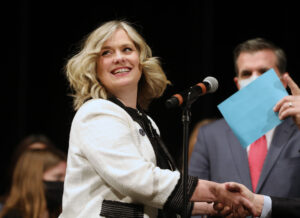 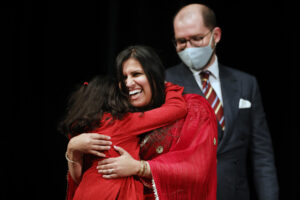 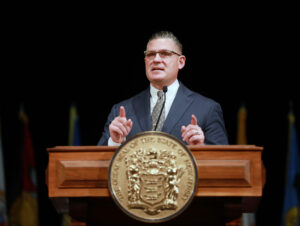 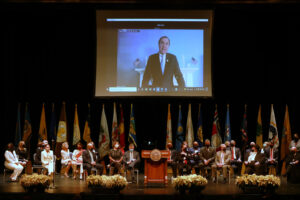 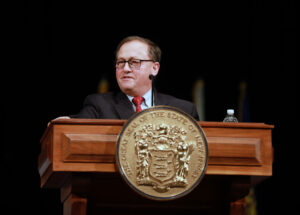 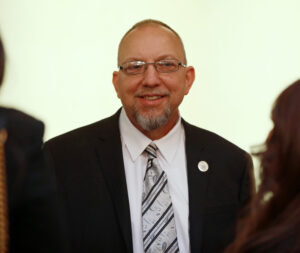 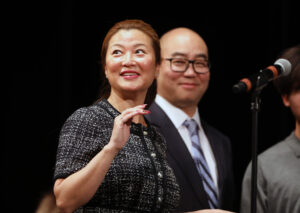 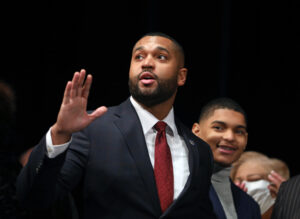 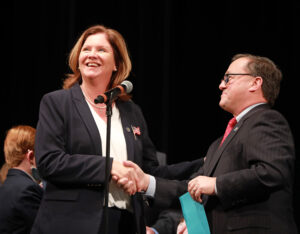 Gill’s name was put into the ring by Sen. Ron Rice (D-Essex), the former longtime chair of the Legislative Black Caucus who has previously criticized legislative leaders and Gov. Phil Murphy for taking the Legislature’s Black members for granted.

While the dissent had little effect on Tuesday’s proceedings, it could presage trouble for Senate Democrats.

With their majority so narrow, they can afford to lose few votes, and resistance from Gill and Rice — and potentially Sen. Shirley Turner (D-Mercer), another lawmaker who has sometimes dismissed legislative leaders’ demands — may give Scutari trouble as he tries passing some elements of his agenda.

The new Senate president signaled he may look to the chamber’s Republicans for assistance.

“For the last two months, the question that I have been asked the most is, ‘Who am I’ and ‘What do I stand for,’ and what are my plans on leading this body out of a historic public health emergency in arguably the most polarizing period in our lifetime?” Scutari said. “I want to be a consensus builder.”

Oroho, sometimes a Sweeney ally, was among those who championed the Path to Progress, a Sweeney plan that calls for pension and health benefit reform, school regionalization, and more shared service agreements, among other things. Oroho said he would like to see those ideas become law.

“Those were ideas, quite frankly, that had been around a long time,” he said. “We know the solutions. We just need to have the courage to do it.”

Sen. Teresa Ruiz (D-Essex) was elected as Senate Majority Leader. She’ll be the first Latina to hold the position and is also the highest-ranking Latina state officeholder in New Jersey’s history.

There was more changeover in the Assembly, where Democrats’ 46-34 majority is thinner than it has been since Jim McGreevey was governor. Republicans captured six seats from Democrats in the lower chamber in November.

Assembly Speaker Craig Coughlin (D-Middlesex), attending remotely due to a recent positive COVID-19 test, was uncontested in his bid for a third term as the Assembly’s top official. His leadership team remains unchanged.

Both sides of the aisle swore in new Assembly members Tuesday. The swearings-in of Assemblywomen Sadaf Jaffer (D-Somerset), Shama Haider (D-Bergen), and Ellen Park (D-Bergen) bolstered the Legislature’s Asian delegation to its largest in state history.

Haider and Jaffer are the first Muslim women to be elected to the Legislature.