The Rev. Reginald Atkins is sworn in during the Assembly’s Jan. 11, 2022 reorganization meeting at the War Memorial in Trenton. (Amanda Brown for New Jersey Monitor)

In Newark, where he grew up, he bought a bar and turned it into a church, becoming its senior pastor at age 28.

He met his wife, Cynthia, at church, and the couple gave their three children, now grown, names plucked from the Hebrew Bible.

The church is where he has worked to make a difference in his community, opening a food pantry there that he says now feeds about 750 people a week.

And a church “flavor” is what he said he hopes to bring to the New Jersey Assembly, where he was sworn in last month as one of 17 newcomers to the state Legislature. He’s believed to be the only ordained clergy in the 120-member body, where he will represent the 20th District, a heavily Democratic area that includes four Union County towns.

“I’m bringing an interesting flavor to the Legislature,” Atkins said. “I’m going to represent the church world, the kingdom, however you want to coin it. We need to keep God first in everything that we do. If we keep God first, we will always be successful.”

Refuses to be ‘siloed’

He knows how that sounds. In a secular world that holds the separation of Church and state as sacred as Atkins reveres his faith, such declarations might inspire some serious side-eye among those wondering what Atkins might do with the power of a statewide public office.

But voters have liked this Democrat enough to return him to office again and again, despite the taint of a 2019 fine for late reporting of campaign contributions. The Assembly is his third stop in elected office. He served eight years on the Roselle school board, followed by another five years on the Roselle Borough Council, where he was named council president and then mayor in 2020. (His nondenominational Zion Family Worship Center Church is now in Roselle too, after he moved it there from Newark in 2014.)

Atkins said his spiritual beliefs may inform his views, but they won’t dictate his actions.

“I’m a little different from other pastors. I believe that we need to have the whole story,” he said. “I can’t force my beliefs on anyone. At the end of the day, we have to listen to people. I don’t want to be siloed.”

Try to nail him down on any polarizing issue where churches have traditionally held strong views, and he’s as slippery as any veteran politician.

On abortion and legislation passed in the last session to protect reproductive rights in New Jersey, for example, he said he hasn’t read the bill.

“I truly believe with all my heart that we need to listen to people and give everyone options,” he said. “The Scriptures say ‘thou shall not kill’ but what happens if someone is raped, and there’s a baby? I get all those points, and this is one of those topics where I have to be very careful, because I don’t want to be siloed so I will just say no comment.” 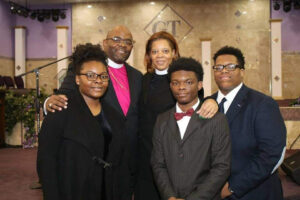 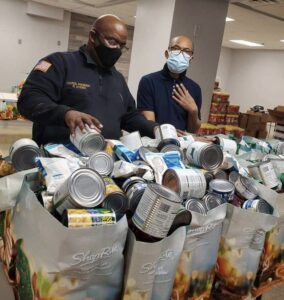 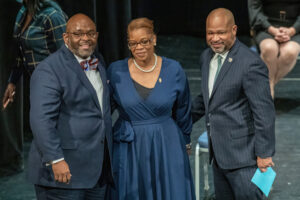 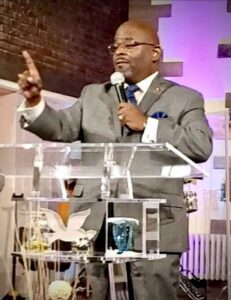 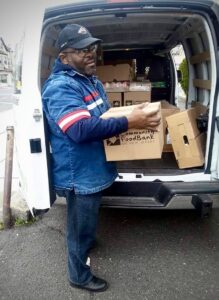 Generally speaking he said his approach to public service has always been — and will continue to be — helping people.

“I believe God has positioned me to always be in leadership to help people. If there’s a problem, I need to solve it,” he said.

Besides their church, Atkins said, he and his wife have helped people in other ways in their community. In 1999, they created the Information Technology 2000 Computer School, a training school largely intended to create career pathways for young people of color in Union County, and the Information Technology 2000 Consulting Group, a job-placement business. They eventually closed the school and consulting business to focus on their church, he added.

Atkins still works in information technology, though, as a senior manager at Buffalo-based Computer Task Group, he said.

Senate President Nicholas Scutari (D-Union) applauded Atkins’ service on Roselle’s school board and borough council, along with his work to fight hunger and food insecurity.

“We know he will serve in the Legislature with the same boundless energy and dedication to meeting the needs of the community,” said Scutari, chairman of the Union County Democratic Committee.

Barely a month into his Legislature service, he already has signed on as prime sponsor on four bills leftover from the last legislative session.

One bill would expand military leave benefits, another would stop debt collectors from going after identity theft victims, a third would give the Economic Development Authority $5 million to help “event-related businesses” recover from the pandemic, and the fourth would establish a $1.8 million Council for Community Recovery and Family Success.

He said he also aims to introduce bills to boost poll workers’ pay and to help some graduates of urban school districts catch up academically to their suburban peers when they get to college.

Atkins promised to be far more supportive of COVID-19 vaccines and other protective pandemic measures than predecessor Jamel Holley, an outspoken vaccine skeptic whose views led to Holley losing support from Democratic Party bosses. Holley mounted a challenge to the 20th District’s senator, Joe Cryan, last year and lost in the primary.

“It’s very important that we follow the science, and the science says we need to be vaccinated and we need to put on masks,” Atkins said. “We do what we need to do in the natural, and God will do what he does in the supernatural.”